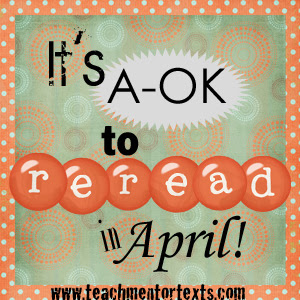 Title: Hilda and the Midnight Giant
Author: Luke Pearson
Illustrator: Luke Pearson
Publisher: Nobrow Press
Publication Date: April, 2012
Genre/Format: Fantasy/Graphic Novel
Goodreads Summary: In Hilda and the Midnight Giant, our protagonist finds her world turned upside down as she faces the prospect of leaving her snow-capped birthplace for the hum of the megalopolis, where her mother (an architect) has been offered a prestigious job. During Hilda's daily one-and-a-half hour trek to school she looks for ways to stall her mother's decision. She conspires with the beings of the mystical Blue Forest to delay the inevitable. Will they help or hinder her? More importantly, who is this mysterious Midnight Giant?
This is the first part of the Hildafolk series, a series that follows Hilda on her many adventures and travels through the magical fjords and enchanted mountains of her birthplace as she unravels the mysteries of the supernatural world that surrounds her.
What I Think: When Hilda and the Midnight Giant was in Mr. Schu and Scope's Top 20 of 2012 and I hadn't heard of it, I knew I had to get my hands on it. Graphic novels are the most loved format in my classroom and I try to keep as up to date about them as I can. I went straight to my bookstore, ordered it, and waited patiently. When it arrived, I delved right in. On my first read, I just found the story odd and didn't find myself connecting to the story at all. I knew then and there that I needed to reread at a later date to see if my perspective changed, so when April came around again, I knew that I would be reading Hilda for "It's A-OK to Reread in April".  Like Penny Kittle says in Book Love, "Rereading is an opportunity to see more. On the first time through a novel I am trying to figure out who is who and what is happening. I'm too engaged in understanding to analyze the book well. ON a second time through, I see the whole and then the parts differently." And this was no exception with my reread of Hilda.
Hilda reminds me a bit of Coraline- she is independent, a bit quirky and loves rainwear. And just like Coraline, she has a fantastical world surrounding her and she doesn't even know it.  It took this second time for me to realize the magic within this story: the connection between Hilda's and the Giant's story, the love of the Giants, the magical world of Elves, and the fascinating Woffs.
I read one review that said Hilda's fantastical world reminded them of Miyazaki's work and though I didn't see it the first time (I think I was just caught up in the oddness), I definitely saw it the second time. The Woffs reminded me most of him- silent creatures that play a small yet important role in the story.
In the end, I am so glad that I reread Hilda so I could get the full magical experience and I definitely recommend it.
Read Together: Grades 4 to 8
Read Alone: Grades 3 and up
Read With: Coraline by Neal Gaiman, Explorer edited by Kazu Kibuishi, The Arrival by Shaun Tan, Castle Waiting by Linda Medley
Snatch of Text:

Mentor Text for: World Building, Paneling, Imagination/Fantasy, Predicting
Writing Prompts: Is there something that you viewed differently after reading/seeing it for the second time like I did with Hilda? If not, try rereading a story that you didn't like; see if your perspective changes.
Topics Covered: Territory, Love, Home, Discovery, Imagination
I *heart* It: