ALA Awards Chat and Reflection

JEN: I have to say that I was really excited to hear the announcements this year for the ALA awards. A few years ago, I didn’t pay attention. Then two years ago, I paid attention and didn’t really know the books that one - especially not Moon Over Manifest when it won the Newbery. Last year, I at least recognized most of the books that won or were honor books. That made a difference. I was at least curious to see who they announced because I had so many books in mind. This year was the same - in looking at the prediction lists, I felt like I would know the books that were announced as winners and honors.

KELLEE: Last year was really the first year I paid attention on the day of. The year before I heard on Twitter the day of and made sure to read Moon Over Manifest after it won the Newbery because I hadn’t heard of it before. Last year, like you, included more books that I heard of. Only Breaking Stalin’s Nose was not on my radar. This year, I had my own predictions and actually felt like I have read enough that I could make predictions for the awards, especially the Printz and Newbery.

JEN: I definitely had my favorites this year but I also had a different understanding about how the committee picks the awards. I don’t get too worked up over the awards just because I know I’ll love the books I love no matter what. Monica Edinger shared her insight into what the process is like for the Newbery at Nerdy Book Club on Sunday. It was so interesting. It must be a hard decision but also one I’m sure the participants take very seriously. I served as a juror once on a case and having to work together to come up with a verdict was excruciatingly difficult...I can only imagine being on a committee for the ALA awards!

KELLEE: I think being part of a committee myself has really helped me understand how everything works. It is a much more work than I ever imagined. It is more than just saying that you like a book.

JEN: I know that just the task of reading so many books seems daunting enough to me, let alone considering which books meet all the different criteria. Seriously, I commend the committees.

KELLEE: Before we talk about the big ALA awards, why don’t we talk about some of the lesser known awards. I need to learn more about the other awards. The Printz, Newbery and Caldecott are always talked about and I knew about the Belpre award (given to a Latino/Latina authors and illustrators who portray, affirm and celebrate the Latino culture) because of teaching at a school with a high Latino population and the Schneider award (honors authors and illustrators that portrays the disability experience in a positive light for child and adolescent audiences) because of Aly being on the committee, but these others sound like awards I should be paying attention to as well. For example, I didn’t realize there was a Stonewall book award for LBGTQ and it was only last year, because of Teri Lesesne, that I heard about the Odyssey award for audiobooks. 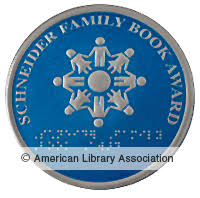 JEN: I feel like I’m still learning about the lower profile awards myself! I knew that the Odyssey was for audiobooks after searching for books narrated by Nick Podehl. He is my favorite narrator and has won Odyssey honors in the past. I was very excited to see that The Fault In Our Stars was the Odyssey winner this year. I read the book and then listened to it and it was definitely well done. I always wonder if a book that made me cry the first time is going to make me cry again and cry (fine...weep) I did when listening to The Fault In Our Stars.

KELLEE: I was really happy to see Drama get recognized by the Stonewall committee because there needs to be more LBGTQ middle grade novels. And of course October Mourning was honored because it should be read by every human on the planet.

JEN: I had never heard of the Over the Rainbow List. It’s basically a bibliography of quality GLBTRT books for children through young adults. I was ecstatic to see See You at Harry’s on the Rainbow list. I love Fern and her story. Jo Knowles did a great job with this book.

KELLEE: The Schneider Award is always one that I pay attention to because it is close to my heart. I really wanted Wonder to win because I feel like it fits the definition of the award; though I am sad it didn’t win, I know that the committee picked the book they thought fit the criteria the best (Hi Aly!).

JEN: In thinking of how many other books besides Wonder that I read this year that could have qualified for the Schneider, I realize I don’t have many to compare it to! I’m sure Aly and her committee did a great job and I can’t wait to read A Dog Called Homeless. She says it’ll make a great read aloud!

KELLEE: It seems to always happen in award winning books.

I always love finding out which authors are going to be honored for their body of work through the Laura Ingalls Wilder Award (given to an author who substantial and lasting contribution to literature for children) and the Margaret A. Edwards Award for lifetime achievement in writing for young adults. Katherine Paterson won the Wilder Award which I was actually surprised that she hadn’t won it already as she is a pioneer of middle grade/young adult books. The Edwards Award was given to Tamora Pierce who I know is loved by many. I have never read anything by her, so I think I need to change that at some point.

The Morris Award for a debut author is always exciting as well, because the newbies on the block get the chance to be recognized. I know that many people will be happy with the winner this year - Seraphina by Rachel Hartman. It sounds so good! I am not a huge fan of dragon books, but I have only heard great things about this one. 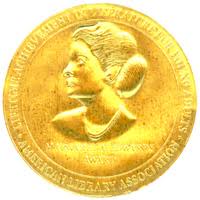 JEN: I was excited to see Seraphina because Maria talks so highly of it! I want to read it even more now. I love dragons. Have you heard of the Firelight series by Sophie Jordan? It’s about a girl who is part draki - well, she can change into a dragon.

KELLEE: Moving on to the big awards! First- Wow. I cannot believe that The Fault in our Stars did not win the Printz (excellence in literature for young adults) or at least honor. Though I haven’t read any of the ones who did win, so I cannot compare and the winner does sound good. I know that it isn’t fair to question the award winners, especially when I haven’t read EVERYTHING, but I really thought TFioS had what it took to win. JEN: I really believed ever since reading The Fault In Our Stars last January, that it was going to sweep the awards this year. First of all, I adore John Green. But more than John never forgetting to be as awesome as John is, he really did an excellent job with The Fault In Our Stars. After reading almost all of his books after John Green week last year, I can say that, in my opinion, it’s his best work by far. Of the Printz honors, I read and reviewed Code Name Verity and it was quite a read!

KELLEE: I started one of the Printz honors and didn’t love, but I do love Elephant and Piggie and Pete the Cat. It is perfect that they won the Geisel Award for beginning reader book. They really do uphold the standard of Dr. Seuss. (Btw, I think it is funny that Up, Tall, and High is written by Long.) JEN: That is funny! I loooooooooove Up, Tall, and High. It’s super cute, colorful, and funny. Interactive, too, with pages the fold up. We loved it at our house. And yay for the honors! All great!

KELLEE: Caldecott time!! I was so surprised that there were 5 honors! Haven’t read Creepy Carrots, but I love Peter Brown's illustrations. I’m so excited for you when I heard Extra Yarn! I know you and a bunch of our tweeps really, really love that book. I am so happy that One Cool Friend was honored (and I think it is funny that is it published by Penguin). I am so in awe of Jon Klassen for getting two Caldecotts in one year! I wonder if anyone has ever done that?! JEN: I was surprised by all the honors, too, but there were so many great books this year. Seeing Extra Yarn and This Is Not My Hat on the list was phenomenal. It makes me just feel so great. I’m so proud of Jon Klassen...it’s weird, but I’m proud of all the authors and illustrators. I just love the work they are doing and how much it contributes to children’s literature. It’s so amazing to think of in the whole big-picture scheme of things. Jon Klassen did make a bit of history with his win and honor! That has only been done once before in the 75 year history of the award and not since 1947. That’s pretty awesome!

Seeing One Cool Friend on the list also made me insanely happy! I feel like it has been an underrated book but it’s very clever. I met the illustrator, David Small, at the Anderson’s Breakfast last year and he talked about One Cool Friend. It was great to hear him talk about the intentionality that goes into illustrating a picture book and Jon talked about these same things when I heard him speak in the fall. Listening to the illustrators describe all the thought that goes into the artwork has given me so much more respect for what they create.

KELLEE: And drum roll..... Newbery time! Bomb made a bit of a sweep. Between it and Aristotle and Dante they covered most of the awards. As for the winner of the Newbery, I am so very happy that The One and Only Ivan won. I started crying! The book deserves to be read by children forever and ever. I have chills! I am so excited! “Raw humor, deep emotion and thought provoking insight into friendship, hope and humanity.” Darn right! Woot!

JEN: Yay! I was so excited for Katherine Applegate and Ivan. She did a wonderful job of capturing Ivan’s personality - I mean, I think of him as real...it’s hard for me to separate the idea of him as an ape and him as an ape with thoughts like Ivan in the book. My summer book club Skyped with Katherine when the school year started and it was amazing how much the book made the students think and ask questions and make connections with real life. They were passionate about how Ivan was mistreated and the recognition that Ivan’s story was based on a true story really bridged their thoughts about the book to thoughts about occurrences in real life. It was an amazing experience for me to see how students were impacted by The One and Only Ivan. I know Ivan's story in the book and in real life made an impact on my life.

KELLEE: This was so much fun! It was great talking through the awards with you :)


JEN: I agree, definitely fun. It was a great year for books!

Email ThisBlogThis!Share to TwitterShare to FacebookShare to Pinterest
Labels: ALA