The Magic of Brussels Sprouts 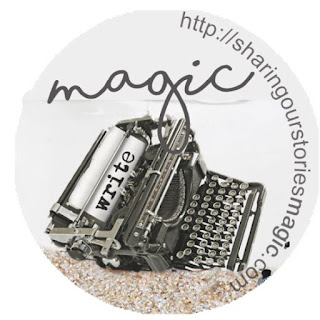 I called a friend on Saturday.

"Do you have a few minutes?" I asked.

"I found my way back to writing," I gushed, feeling all the way through my body that it was true and letting it settle into my muscles.

My writer's heart was broken in July 2018 and I've been limping along, wiping tears and more tears, not giving up since then. I finally feel excited to write again so I'm joining Sharing Our Stories: Magic in a Blog and offering up some words to the world, celebrating the magic of living the life of a writer.

This week I'm sharing The Magic of Brussels sprouts. Thanks for reading. :)

Missing being able to gather with friends and family in 2020 had me thinking about ways to still show people I care about them. I used to love sending handmade holiday cards but that was back when I used to scrapbook and the kids were little and that was how I wanted to spend my time. This year I decided I could use my digital scrapbooking skills to make a card in Canva without paying for all the supplies, making a mess, or taking up too much time. And then I also decided we could put together ingredients for North Pole S'mores to deliver. Porch drop offs and front yard visits would get us up and out of the house but also connect us to friends and family while still keeping everyone safe.

On Christmas Eve, I told Jordan he had to go with me to drop off North Pole S'mores to two friends of his and one family friend. He was reluctant (apparently teenagers love to hate anything parents force them to do) but came with me. He didn’t say much to his friends as we dropped off the bags but I could tell he felt some energy in getting out of the house and seeing them in real life if even for just a few minutes.

I dropped Jordan off at home and went in to round Danny up and tell him it was his turn. We mapped out our dropoff plan, listing his four friends based on where they lived and deciding our route. Third on the list was one of his friends who used to live in our neighborhood but now lives one block from town. Danny hopped out of our van with the bag of goodies to ring the doorbell and wait for his friend to come.

As I backed out of the driveway, I glanced over at their neighbors’ house. During the pandemic, I added a lot of plants to our house, mostly indoor plants but some outdoors too. When I dropped Danny off to play football with Will over the summer, I saw plants and plants and plants all over the neighbor’s yard. Now it was mostly empty except for a two-foot tall mini-tree looking plant with long leaves that looked like Eeyore’s ears drooping down to the ground.

“I’ve never seen that plant before,” I said to Danny, pointing out the window.

“His neighbor is a plant expert,” he explained. “Will told me before.”

I didn’t think much of it until about a week later when I went for a walk with my friend Meg in her neighborhood that she describes as “crunchy”. It’s a conservation community where people do lots of earthy good things. As we walked, she pointed out interesting stuff along the way. When we came to the community garden, I saw bare patches of land except for a plot with six green stalks growing, similar to the ones I had seen when we were out delivering North Pole S'mores.

“What are those?” I asked her. “I saw something like it the other day.”

I carefully followed into the gardens and we marveled at these plants that were still standing at the end of December, covered in frost.

When I lifted the leaves growing from the top, it revealed little sprouts underneath, up and down the stalk.

Under the surface, there was so much more to them! Not to mention it was winter in the Chicagoland area and they seemed happy, as if they were meant to be there.

The next day I texted Meg that I was now watching YouTube videos about Brussels sprouts. I had so many questions! How did they grow? Were they meant to be growing in winter? Was the gardener going to come back and pick them? When are Brussels sprouts typically harvested? When do you plant Brussels sprouts? Why did I not know this before?

Turns out Brussels sprouts are a common winter meal and they’re actually sweeter after a frost.

I had no idea. I did know they grew on stalks, having discovered a bin of them at Trader Joe’s a few years ago. Of course, I bought one to show my family. What a surprise! Somehow this made them more fun, adventurous even. And now the more I get to know Brussels sprouts, the more fascinated I am.

I started to think of friends I’ve made along the way who remind me of badass Brussels sprouts. These friends are quiet powerhouses, women I’m so glad to know because I paid attention, I was curious about their stories, I spent time getting to know them, and they trusted me. Nancy, Joy, Alex, Donna, Wendy are some of these friends who come to mind and I’m so glad to know them.

When I set off to share North Pole S’mores this year, I was missing being able to gather with friends and family in 2020. None of these women were on our list to deliver North Pole S’mores to. Either we’ve lost touch or they’re too far away. But I appreciate the reminder to pay attention, be curious, make time, and really appreciate all the gifts in my life.