The Sunday before last, I drove the few hours to Parma/Jackson, Michigan to join my fellow Nerdy friends for nErDcamp Michigan! Later, I told my neighbor all about it and she interrupted me to ask, "Is it really called nErDcamp???" Why, yes, it is! 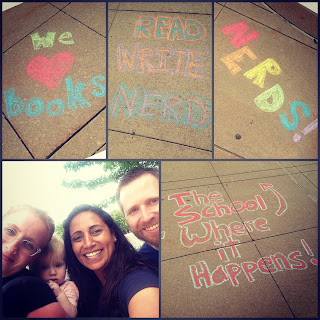 I've gone every year to nErDcamp since the first one in 2013. It's morphed from one day to two days and has become more amazing every year. This year, we watched Most Likely To Succeed: A Film About What School Could Be to kick off all the nErDcamp fun on Sunday night. 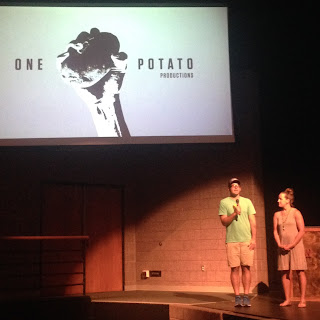 On Monday morning, I helped with registration so I didn't run the 5k or eat the pancake breakfast but it sounded like a great time. I did, however, get a great seat to listen to six remarkable women share their stories and their inspirational words: Kathy Burnette, Teri Lesesne, Raina Telgemeier, Pernille Ripp, Donalyn Miller, and Kate DiCamillo. 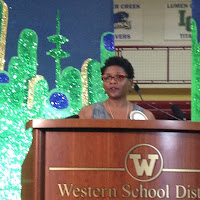 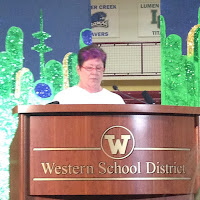 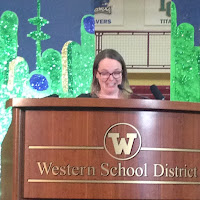 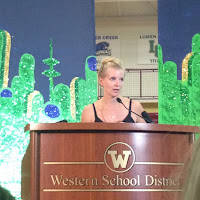 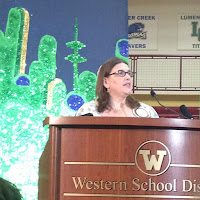 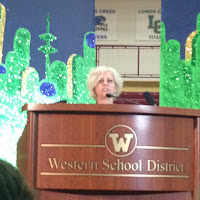 Monday afternoon I presented with author Louise Borden on getting real with research and inspiring students to explore their curiosity and to offer opportunities for authentic research because of it. After that I also led a session on living the life of a coach. 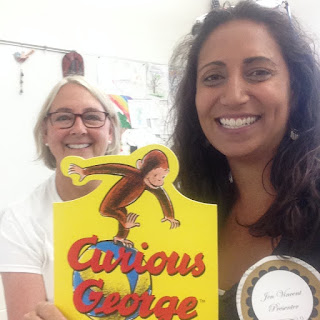 And then it was off to the Nerdy dinner and more great conversations with Nerdy friends. Look at the goodies Debbie Ridpath Ohi shared with dinner guests! 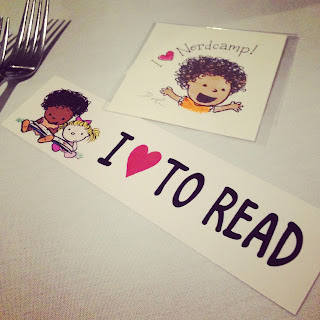 Tuesday it was time for the more traditional Edcamp-style unconference at nErDcamp where I threw out the idea for a session on Pokemon Go...and people came! It was super fun to learn more about Pokemon Go with others who were curious too. 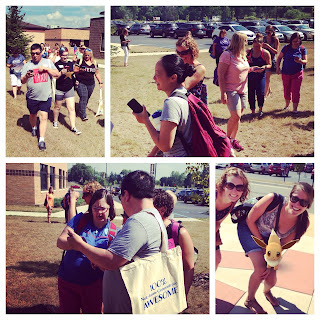 Two years ago, one other teacher from my previous district came to nErdcamp and we met there for the first time when we realized we taught in the same district. Last year, one of my really close friends came. But this year, we actually had six people come and that was pretty awesome. It was fun to be able to share nErDcamp with them! And so I give you...a Nerd balloon picture with my U-46 friends: 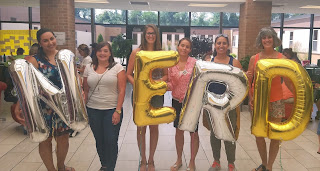 After all the sessions on Tuesday and hugging friends goodbye, I stayed Tuesday night to lead a group of students through their nErDcamp Jr experience. It's such a great way to end nErDcamp because everything we do is really and truly about the students.

All the kids gathered together in the auditorium to watch as Jerzy Drozd led Raina Telgemeier, Jenni Holm, Aaron Zenz, and Eddie Pittman through an illustrating challenge. Then they were off with their groups to read and write with authors and illustrators. How cool is that!? 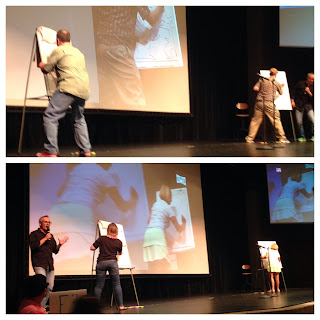 My group was able to write and draw with Erica Perl, Liesl Shurtliff, and Laurie Keller. So fun! 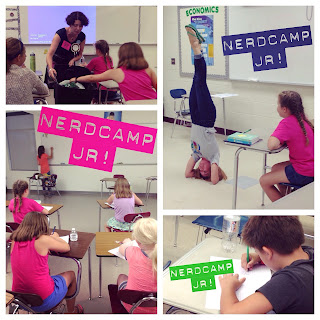 It's energizing to be around people who are part of my wonderful educator family! Being with others who are passionate about learning buoys me up as I get ready for another school year. Today I'm celebrating the people near and far who share my love of reading and writing but who also share that with their students. 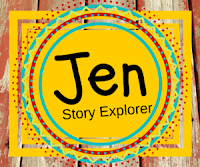 Email ThisBlogThis!Share to TwitterShare to FacebookShare to Pinterest
Labels: Join