The Devil in the White City 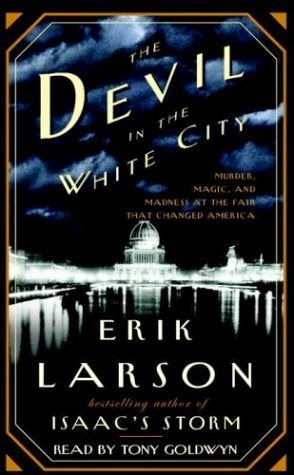 Title: The Devil in the White City: Murder, Magic, and Madness At the Fair That Changed America
Author: Erik Larson
Publisher: Crown
Publication Date: October 17th, 2002
Genre/Format: Non-Fiction/Narrative Non-Fiction
GoodReads Summary:  Author Erik Larson imbues the incredible events surrounding the 1893 Chicago World's Fair with such drama that readers may find themselves checking the book's categorization to be sure that 'The Devil in the White City' is not, in fact, a highly imaginative novel. Larson tells the stories of two men: Daniel H. Burnham, the architect responsible for the fair's construction, and H.H. Holmes, a serial killer masquerading as a charming doctor.
Burnham's challenge was immense. In a short period of time, he was forced to overcome the death of his partner and numerous other obstacles to construct the famous "White City" around which the fair was built. His efforts to complete the project, and the fair's incredible success, are skillfully related along with entertaining appearances by such notables as Buffalo Bill Cody, Susan B. Anthony, and Thomas Edison.
The activities of the sinister Dr. Holmes, who is believed to be responsible for scores of murders around the time of the fair, are equally remarkable. He devised and erected the World's Fair Hotel, complete with crematorium and gas chamber, near the fairgrounds and used the event as well as his own charismatic personality to lure victims.
Combining the stories of an architect and a killer in one book, mostly in alternating chapters, seems like an odd choice but it works. The magical appeal and horrifying dark side of 19th-century Chicago are both revealed through Larson's skillful writing. - John Moe
What I Think: I first read this book in 2003 after it was first published. At the time, I had recently graduated from college and was working as a counselor for Adventure Camp in the town I grew up in. We had lots of bus rides from the park where our camp was held to and from the pool, to field trips, and even to a state park for overnight campouts every two weeks. One of my fellow counselors was reading The Devil in the White City and recommended it to me. It's fun to think back on a memory of sharing books before blogging and before Nerdy Book Club. I have always been a reader but it's neat to think upon a memory and know that books have truly always been part of my life.
I read The Devil in the White City and was fascinated by the stories - both true - of the Columbian Exposition of 1893 and alternately, H.H. Holmes, a serial killer in Chicago at the time of the World's Fair. It was amazing to me that I grew up north of Chicago and had never once in my entire life heard of the Columbian Exposition of 1893 or the Chicago Word's Fair of 1893. Many of the famous names who brought the Fair to fruition I did recognize. I loved reading about many inventions and occurrences that are still recognizable today. Equally fascinating is the story of H.H. Holmes and what he got away with during the time of the Fair.
This is a book I decided to reread in April. I was curious if I would still enjoy it the second time around. I remember there being so many facts in this book and that some of it was indeed dry because it is non-fiction. I actually enjoyed it even more the second time around. It might be because I was familiar with the arc of the story and I remembered what was going to happen. I could focus more on the people in the story and take in a more clear understanding of each of them as well as the time. The setting is such an integral part of this story. Larson does an amazing job of depicting Chicago at the turn of the century and how Chicago as the site of the Columbian Exposition factored into plans for the Fair and even H.H. Holmes' plans.
I recommend this to anyone who lives or loves Chicago but also anyone who is looking for a great non-fiction narrative book and is fascinated by history. This book is completely full of history and while the Exposition was over one hundred years ago, there are still so many connections to our world today.
This is definitely a book you would find in the adult section of a library or bookstore but a high school student could definitely read this from a content perspective.
Read Together: Grades 9 - 12
Read Alone: Grades 10 - 12
Read With: Loving Frank by Nancy Horan, Columbine by Dave Cullen, Madame Tussaud by Michelle Moran
Snatch of Text:
"It had lasted just six months, et during that time its gatekeepers recorded 27.5 million visits, this when the country's total population was 6.5 million. One its best day the fair drew more than 700,000 visitors. That the fair had occurred at all, however, was something of a miracle. To build it Burnham had confronted a legion of obstacles, any one of which could have - should have - killed it long before Opening Day. Together he and his architects had conjured a dream city chose grandeur and beauty exceeded anything each singly could have imagined." (p. 4-5)
Reading Strategies to Practice: Activating Background Knowledge, Making Connections, Visualizing
Writing Strategies to Practice: Narrative, Imagery, Expository
Writing Prompts: Choose an event or person from history and research the event or person. Then write about the event or person using elements of narrative writing to bring the story to life.
Topics Covered: Integration - History, Ingenuity, Hopes, Dreams, Death, Perseverance, Will, Determination 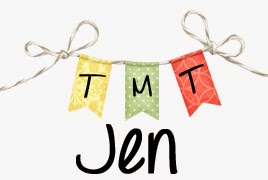