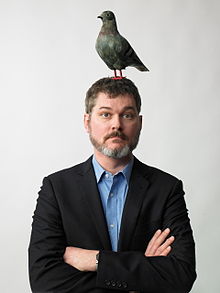 For the last two weeks, Peanut has been coming home and talking nonstop about all the Mo Willems books he has been reading at school. It started with Pigeon books. He was super excited to tell me that they read a Pigeon book at school and then he talked about Elephant and Piggie and Knuffle Bunny and Cat the Cat. I have loved talking to him about so many books that we love at school that they have been celebrating at school.

We love Mo Willems at our house. Seriously love him. Actually, I think if you took an inventory of the books in our house, we probably have more Mo Willems books compared to any other author. I thought I would ask Peanut to tell me about the books he has read lately and what he thinks about them and share with you today. 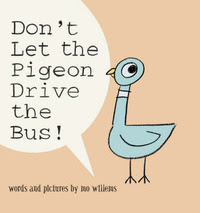 Peanut: It's funny because he said, "Well, I thought he'd never leave!"
After that part, he said, "Can I drive the bus?" 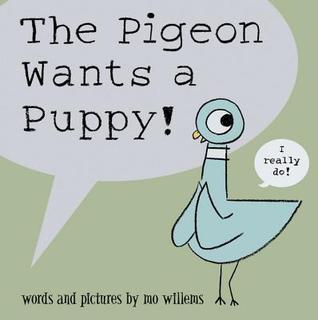 Peanut: When he jumped and saw the dog, I like that part. 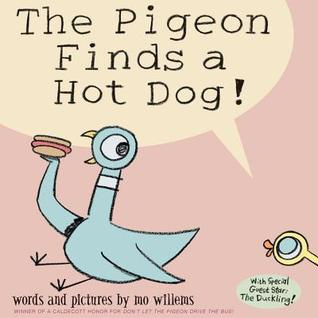 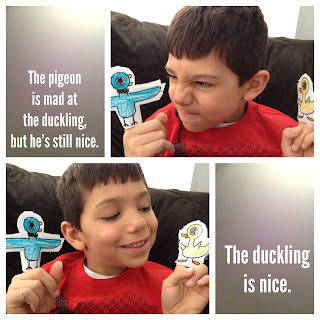 He had fun playing with little Pigeon and Duckling finger puppets that he made at school. 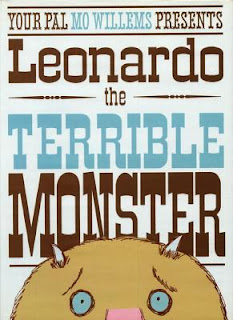 Peanut: I like when he tries to scare the kid because he doesn't scare him. 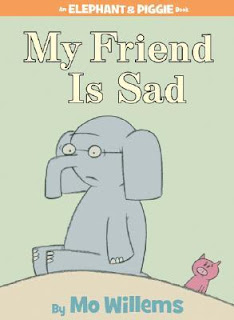 Peanut: Piggie tries to dress up as a robot because Gerald likes robots. Gerald just wants Piggie to play with him. He was so scared of all the stuff. He was just so scared of everything. 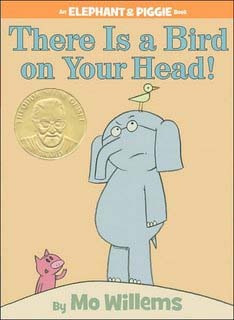 Peanut: I like when the birds were on Piggie's head at the end. At the really end, when there
was the pigeon, guess where he was? He was at the end eating a hot dog in the birds' nest. 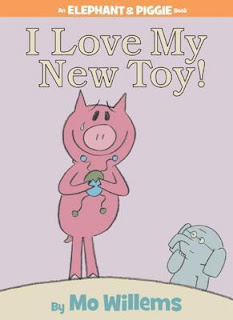 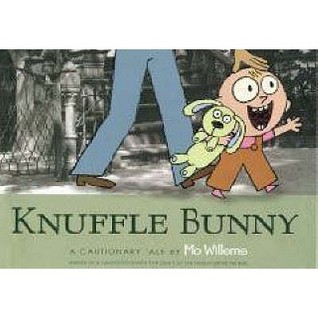 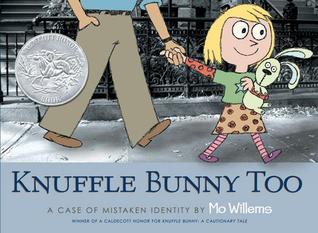 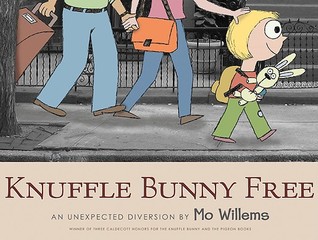 Peanut: My favorite part is when we see all the places Knuffle Bunny can go. 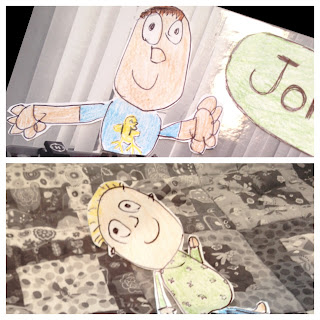 Ever since Little Bean was a baby, I have wanted to make Mo Willems' Knuffle-Bunny-style art. I had printed pictures in black and white forever ago but never drew the pictures to go into them. When I told Peanut my idea, he was ready to go. I love that he drew the pictures of himself and his brother. They turned out really sweet and I can't wait to frame them. Hooray for book-inspired art! 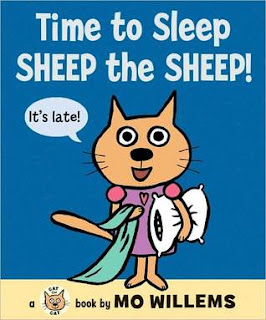 It cracks me up that Peanut loved this part about the horse being on the potty. I've heard Ralph Fletcher talk about letting boys write about what they want to write about and that what interests boys is definitely different from what interests girls...and I get to live that firsthand with my two sons for sure!

Peanut's Final Thoughts: I just like Mo Willems' books because they are funny.
I like looking for all the characters hiding in the books. It's just so funny and fun.


I loved seeing how animated Peanut became when talking about all of these wonderful books.
We would love to hear what you love about Mo Willems and his characters and his books!
Do you have a favorite book? A favorite character? Please share!