Title: Book of Beginnings #1: The Emerald Atlas (Audiobook)
Author: John Stephens
Narrator: Jim Dale
Publisher: Alfred A. Knopf Books for Young Readers
Publication Date: April, 2011
Genre/Format: Adventure/Novel
Summary: Kate, Michael and Emma have been alone for 10 years. Kate's last memory of her mother is as the 3 of them were being taken away; her mother told her to take care of her siblings and that has been the center of Kate's existence since then. And she has done the best she could as the three of them have been shuffled from orphanage to orphanage never really finding home and always wondering why their parents abandoned them. But their newest orphanage is different- there are no other kids, it is run by a mysterious man named Dr. Pym, odd things are happening and it's in a town that seems more dead than alive. And the odd becomes odder when they discover a book, place a picture in it, and travel back 15 years in the past to a time where conflict is at the center of the town.
What I Think: First, I am biased because I listened to the audio book and I love Jim Dale. Anything Jim Dale reads automatically is good. As a friend of mine said on Twitter, I could listen to him read the phone booth. But... back to the book- this book is EPIC! I can't think of much to compare it to, but the adventure is at the same level as Harry Potter, Lightning Thief, Peter & The Starcatchers, Kingdom Keepers, etc. Although a similar adventure-type book, it is a very much unique and stand alone novel.

The character building and development in this novel was phenomenal. I really enjoyed the three siblings, they were all very unique, but complete and likable as well. Kate is the responsible one who follows the rules, tries to keep the peace and overall does what she promised her mother. Michael is the scholar and dreamer. He loves dwarves and constantly is writing in his journal. Emma is our rebel, always picking fights and saying exactly what is on her mind. There were also some supporting characters who really made the book come alive such as Gabriel, a man from a nearby village who Emma befriends, and Robbie the dwarf king, who Michael is in awe of. The only character I never felt connected to was the villain, so that may not be a bad thing.

The plot development was also pretty flawless and in a book that has time travel, magic, changing pasts and three protagonists, it would have been very easy to become lost, but John Stephens mapped out his plot perfectly and it all comes together (including the end which was just enough conclusion to have closure, but just enough cliff hanger that you must read the sequel).

Another plus of this series, is that I believe that it will be loved as a middle grade and a young adult novel. It could easily be classified as both because it is just a pure fantasy adventure that will grip any reader. Read Together: Grade 4 to 8
Read Alone: Grade 6 to 10
Read With: Lightning Thief series by Rick Riordan, Peter and the Starcatchers series by Dave Barry & Ridley Pearson, Kingdom Keepers series by Ridley Pearson, Harry Potter series by J.K. Rowling, Luka and the Fire of Life by Salman Rushdie, The Extraordinary Adventure of Alfred Kropp series by Rick Yancey
Snatch of Text: "The tall man had moved into the glow of a streetlamp and was clearly visible for the first time. To a casual passerby, his appearance would not have inspired much confidence. His overcoat was patched in spots and frayed at the cuffs, he wore an old tweed suit that was missing a button, his white shirt was stained with ink and tobacco, and his tie - this was perhaps the strangest of all - was knotted not once but twice, as if he'd forgotten whether he's tied it and, rather than glancing down to check, had simply tied it again for good measure. His white hair poked out from beneath his hat, and his eyebrows rose from his forehead like great snowy horns, curling over a pair of bent and patched tortoiseshell glasses. All in all, he looked like someone who had gotten dressed int he midst of a whirlwind and, thinking he still looked too presentable, had thrown himself down a flight of stairs." (p. 3-4)
Reading Strategies to Practice: Visualizing, Making predictions
Writing Strategies to Practice: Imagery, Foreshadowing, Plot Development
Writing Prompts: Throughout the novel, Kate puts herself in danger to save her sister and brother, have you ever been in a situation where you did something you didn't want to because you knew it would make a loved one happy?; Michael loves dwarves and reads everything he can about them.  What is a topic you love and enjoy doing research about?
Topics Covered: Adventure, Choices, Family, Bravery, Trust, Responsibility
Translated to Spanish: Yes 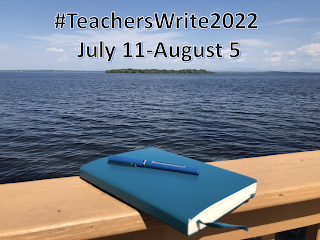