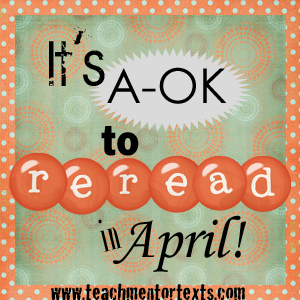 Every week, when Peanut comes home from school with a library that he has checked out, it's a non-fiction book. All year, he has gravitated towards the non-fiction books. It's really sweet that he knows what he likes and he knows exactly where to get it. We talk often about how it's okay to skip to any part of the book when it comes to non-fiction. We'll look at the table of contents and pick a part to jump to. Oftentimes, we'll read through but it depends on the book.

Last night, Peanut pulled out Scaredy Squirrel to read and a DC Pets chapter book called The Fantastic Flexy Frog. We have read Flexy Frog countless times. Last night it was late and the kids should have already been in bed, I knew I couldn't read him the whole book. I explained that I would just read one chapter in Flexy Frog.

Then, do you know what happened?!? When I started to open to the first chapter, he said, "Wait", grabbed the book, turned to the last chapter, and handed it back. He wanted me to start at the end. I was so shocked, I just looked at him in disbelief. Then I realized since we have read the book so many times, he definitely knows what happens in the chapters leading up to the last chapter. And I thought of my favorite movies that I'll  find on TV and will watch from the middle or the end because I know what already happened. It was at this moment that I had a revelation yet again about rereading. When it comes to rereading a long(er) fiction text, if you've already read it, it's okay to skip around and go to your favorite parts. It's okay to treat a linear story like a non-fiction text. It's okay not to start at the beginning. I think this would have horrified me to see a student do this but maybe then I would have also made this revelation sooner.

This has helped open my eyes even wider to the power of mentor texts. Yes, Common Core asks us to do close readings, but I hesitate to encourage students to only read short or truncated pieces of longer texts. We still have to encourage students to read, read, read, but then we need to teach them how to go back and reread and think about those books in a very focused and specific way. I'm not saying do this with every book, overanalyzing every beloved book for weeks upon weeks wherein they begin to groan when they see it. No, let's not mistake that. Teach kids how to use and refer to their own independent reading as mentor texts. I adore mentor texts but most of the time I, as the teacher, would bring in books to use as mentor texts. I definitely asked my students to read and notice what the author was doing in their independent reading books, but now that I think about it, I never got my students to the point of independently referring to previous texts the way that I do now as I write.


All the books a student has ever read should be thought of
as their own personal reference library for their writing.

I'm living this as a writer right now. I admire the work of so many great authors. When I chose my books to reread this month, there were specific reasons for each as it relates to the novel I'm working on revising. The books I'm rereading are tools in my toolbox, I pulled out the ones that I need for what I'm currently working on. Some were for voice, some were for description, some were for the plot, some were for the characters. Some were for one specific thing and some were for multiple reasons. There were so many connections I made to my own book when reading All-American Girl. Now I'm going to go back to those parts and really study them and focus on what Meg Cabot did and why and make specific connections with what I love about her choices and how they can tie in with choices I'll make as I revise. I can't say enough how imperative it is that we pay attention to the innocent decisions kids make about books and our own actions when it comes to reading. It is in these organic moments that we realize what real readers do and what we should encourage in our own students.

For a great article on the Common Core and close reading, check out this recent ASCD article, Closing in on Close Reading. 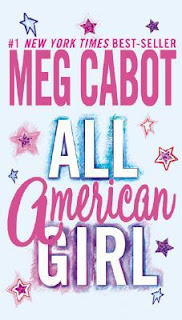 Title: All American Girl
Author: Meg Cabot
Publisher: Harper Teen
Publication Date: August, 2003
Genre/Format: Realistic Fiction/Novel
GoodReads Summary: Samantha Madison is an average, cool Washington, D.C., teen: She loves Gwen Stefani (who doesn't?), can draw like nobody's business, and enjoys being opposite to her sister's annoying ultra-social personality. But when she ditches art class one day, she doesn't expect to be jumping on the back of a wannabe presidential assassin. Soon the young hero is receiving worldwide acclaim for her bravery, having dinner with her family at the White House, and is even being named teen ambassador to the UN. As if this weren't enough, she and David, the president's son, strike up a friendship that everyone wants the dirt on, which starts to give her romantic "frisson" feelings. Unfortunately, Sam thinks her sister's boyfriend, Jack, is the true love of her life, and she makes a few wrong turns that could screw up what she's developing with David. Will she ever stop following what she knows and start following what she sees?
What I Think: Meg Cabot is exactly the author I wish was writing books when I was in high school. I would have read every single Princess Diaries book as it came out (instead, I got to read them afterwards and I didn't have to wait for them to be released...which was just as good). I love her characters, they have their insecurities but also have their convictions. They can be completely confused but at the same time completely sure of their beliefs. Aren't we all complicated like this? I think tween and teen girls will relate to her characters while also learning a lot about girl power. We could have listed Meg Cabot's characters as great girl power characters actually!
Read Together: Grades 8 - 12
Read Alone: Grades 8 - 12
Read With: Princess Diaries (series) by Meg Cabot, From What I Remember... by Stacy Kramer and Valerie Thomas, Peace, Love and Baby Ducks by Lauren Myracle, 13 Little Blue Envelopes by Maureen Johnson, Ten Things We Did (And Shouldn't Have) by Sarah Mlynowski, Audition and Subtraction by Amy Fellner Dominy
Snatch of Text:
"'I got into big trouble because of what you did! Now I have to go to some stupid, lame art class twice a week after school, when I could be, you know...watching TV.'" (p. 10)
"Back in the days when Catherine and I had gone around tapping on the backs of wardrobes, hoping to get transported to a land where there were fauns and hobbits, not Lunchables and Carson Daly, meeting someone like Susan Boone would have been a thrill." (p. 37)
Mentor Text For: Activating Background Knowledge, Making Connections, Visualizing, Characterization, Voice, Dialogue, Personal Narrative
Writing Prompts: Write about a time in your life when you stood up for something you believed in even when it was hard to do.
Topics Covered: Siblings, Friendship, Love, Courage, Bravery, Integrity, Trust, Integration - Art