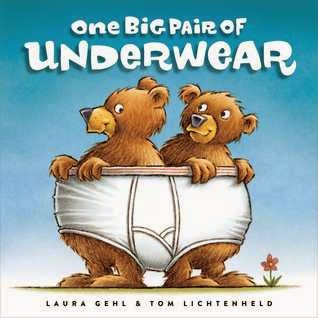 What's one thing that two bears, three yaks, four goats, and six cats have in common?

But look out, here comes a pack of twenty pigs ready to prove that sharing makes everything twice as fun!
This seriously silly picture book with artwork by the New York Times bestselling illustrator of Goodnight, Goodnight Construction Site irresistibly combines the concepts of counting and sharing.


Today I'm super excited to welcome Laura Gehl, the author of One Big Pair of Underwear!
Laura was kind enough to share more about the revision process for her.
I love that even picture books that have limited text need
to be revised many times and that even a great ending might not be the ending.
This is a great reminder that writing is truly a process, even for published authors!

Thanks so much to Jen for hosting me on this stop of my One Big Pair of Underwear blog tour!

Jen asked me to write a post about revisions, a word that strikes fear into the heart of many writers. Fortunately, I am the perfect person to write on this topic, because

I love revising. Really! Getting feedback from people I trust and then figuring out a way to implement their suggestions without messing up anything else? That’s a better brain workout than Sudoku any day.

For a published writer, there are two types of revisions. First, the pre-sale revisions, which are the changes you make in order to get your manuscript in tip-top shape so that a publisher will snatch it up. And then, there are the post-sale revisions, the changes your editor asks for in order to get your book in top-top shape so that readers will snatch it off the shelves.

For pre-sale revisions, I have two important words: critique group. If one reader says, “You need to make the llama into a hippo, cut out the annoying princess, and add another joke at the end,” I might think WHATEVER. But when several other writers agree on these points, I know I need to listen. Except about the annoying princess. She stays.

One Big Pair of Underwear went through a number of post-sale revisions. Some of these were minor. For example, “huge yaks” turned into “young yaks,” because Tom didn’t think it would work visually for the yaks to appear huge compared to the other animals. “Movie stars” became “Greedy goats,” because my editor wasn’t sure that young children would be familiar with the concept of movie stars.

Most of my revising time went into re-writing the ending of the book. Over and over and over.

At this point, I can’t even remember my original ending. But here are a few endings that I wrote along the way, including my illustration notes:

The bears say sharing is their goal
Until they start to lose control
ONE HUNDRED bears all care to share...
But sharing causes one big tear!

[The original one big pair of underwear, with 100 bears jammed inside, rips dramatically!]

Ending # 1 was deemed funny but not satisfying enough. Perhaps too negative. So then I wrote....

The bears say sharing is their goal
Until they start to lose control
ONE HUNDRED bears all care to share...
But sharing causes one big tear!
“Don’t despair,” call all the rest
“Sharing really IS the best!”

They show each other ONE by ONE
A THOUSAND ways to share the fun!
[Final spread: all the animals using pieces of the torn underwear in different ways...as kites, as napkins for the hot dogs, as towels for the wet cows, as nets for catching balls, as blankets for the napping cats, tied around the yaks’ heads as bandanas, etc.]

Ending #2 was very well received but ultimately deemed too hard to draw. So then I wrote....

The friends all share and swap and trade,
Then form an underwear parade.
They show each other ONE by ONE...
A HUNDRED ways to share the fun!

Happily, this ending was both liked and accepted by everyone. But...this version did not tie back to the big pair of underwear at the very end, which I had really wanted to do. And so eventually, I wrote Ending #4, which is the ending that ended up in the printed book. You’ll have to read One Big Pair of Underwear to see that final ending! Let me know what you think.... 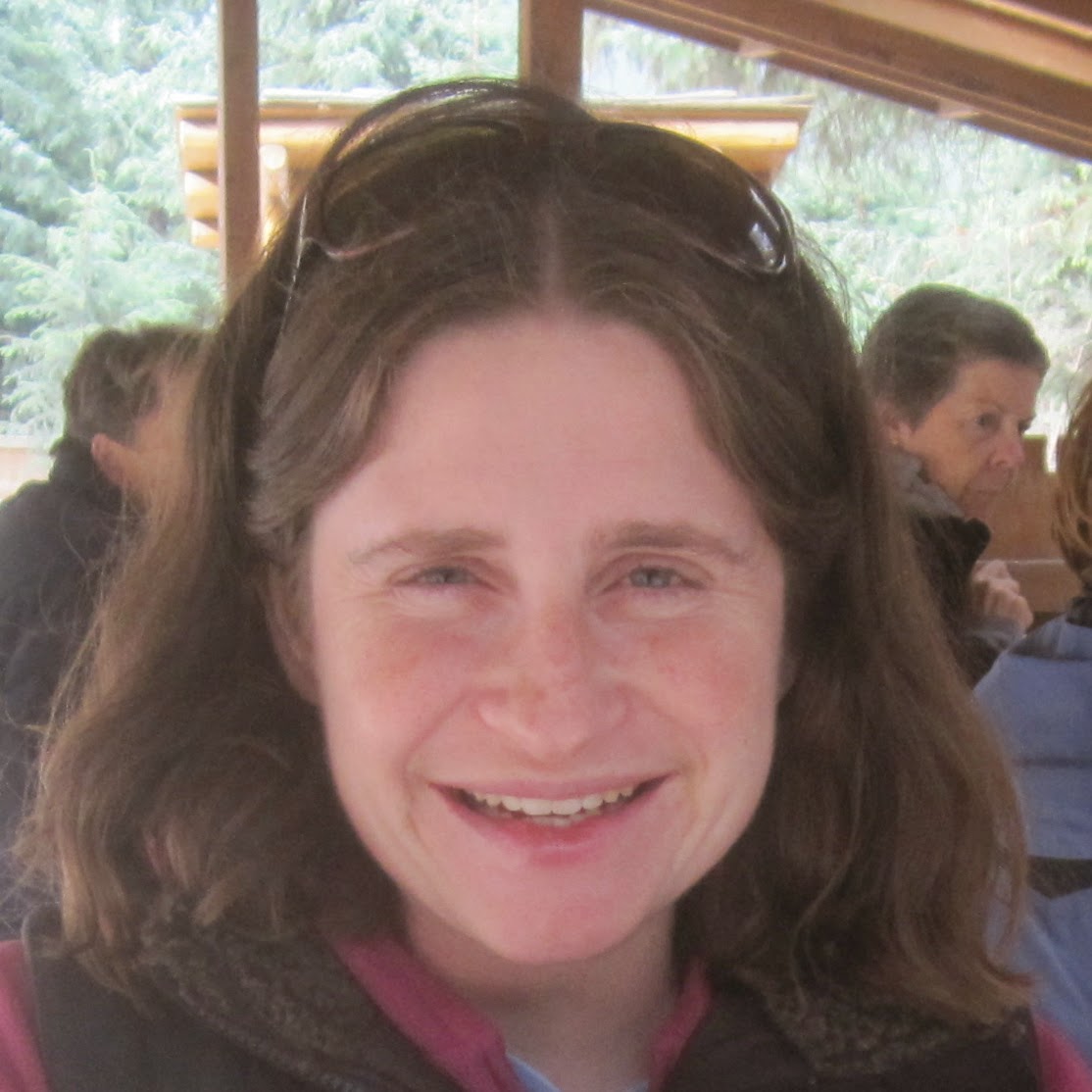 Laura Gehl is the author of One Big Pair of Underwear, illustrated by Tom Lichtenheld, which released in September 2014. Laura is also the author of several upcoming picture books: Hare and Tortoise Race Across Israel, And Then Another Sheep Turned Up, Peep and Egg: I'm Not Hatching, and Peep and Egg: I'm Not Trick or Treating. Laura writes, revises, and revises some more in Chevy Chase, Maryland, where she lives with her husband and four kids. You can visit Laura at www.lauragehl.com and www.facebook.com/AuthorLauraGehl.

A big thank you to Laura for stopping in to share some insider info on revising!
Be sure to look for One Big Pair of Underwear!